now you have been with our team in Halle for more than half a year and the time has come that our fans have the chance to get to know you better. Let’s start right at the beginning. How was the contact to our club established and what persuaded you finally to venture to move from Finland to Germany?

Actually, it all started with a joke. We asked ourselves why not to leave the country to discover something new and to test ourselves. The brother of my girlfriend’s Hanna-Kaisa was playing and living in Switzerland. We saw how easy it can be. So, why not trying ourselves?!

The contact was established simply by sending an email to Stefan Luther. (section head of the Saalebiber). He was very cooperative and helped with all kinds of things. He organized unforgettable days where I had the chance to be part of the teams’ practices, a city tour and a home game of the team Saalebiber.

How was your beginning finally?

The beginning was great. I remember that day when we saw our new home for the first time and lots of players built up the furniture, made food and filled up the fridge for us. The people of the club are really nice and helpful. That made the beginning easy for us. Considering that, we are very thankful for everything.

The city in general is beautiful und for Fins the temperature are much more pleasant. What I don’t like? Too small streets with too big cars 😉

Do you also study German for your stay?

Yes, I have already learned some German and I really hope that it will get better. However, nearly everyone here speaks English, that makes it easy to get along.

Have you already discovered some favorite words?

What most of you probably don’t know:

It was the first time that I watched Floorball world championships live suddenly Finland won. That was probably a once in a lifetime experience. Besides that, some of your guys were in Riga as well, and that shows what a crazy floorball team you are.

Now that we have an experienced player from the country of the reigning world champion – what is the differences between Finnish and German Floorball? What can we learn from you?

First, I thought that the biggest difference would be the tactics and coaching. But now that I am here I know that this is not the case. I think the main reason is that in Finland we practice 4 – 6 times per week, irrespective of whether you play in a higher or lower league. As the saying goes “practice makes perfect”.

Meanwhile you have become a big part of the team. Besides some spectacular goals, it is mainly your job to keep things organized in our defense. How do you get along with our style to play floorball?

I think our style to play floorball is good. Every player is working hard and makes a good job on his position. Even in our defense we are giving our opponents a hard time with a lot of running and endurance. Additionally, we have 2 good goalkeepers in our team.

What do you think is possible after reaching the Play-offs?

Of course I want to make it to the finals and hopefully win them. That for the team is working really hard in each practice.

as well as for you it is the first experience with an international transfer. What would you suggest other players before taking the chance?

Don’t think too much about it. Just do it.

A part of your family was watching our last home game in the “beaver lodge” against Dresden. Were we able to “infect” them with the beaver-fever?

Yes, my son was there to watch that game. In fact, he enjoyed the game and the atmosphere and he will come back soon.

Now the interview has come to an end. This is your chance to say a couple of words to your fans.

First I want to say thank you to all fans. You are taking care of a great atmosphere during the games and I hope that going even better when we start playoffs.  Additionally, there are many volunteers that make our home games to a real event. That is remarkable.

Thank you for taking your time! 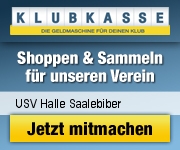